Can You Make Money On DEX Arbitrage In 2022?

Simply put, crypto arbitrage means buying cryptocurrency on one DEX and selling it for a higher price on another DEX, allowing you to make a profit. This process is possible because there are various DEX out there, and their prices adjust differently depending on their liquidity and how fast they change to general market prices.

There is also the option of using bots designed to automate and optimize crypto trading. These tools, combined with market inefficiencies trackers, are recommended for crypto arbitrageurs. A crypto arbitrage bot is a computer program that compares prices across DEX and makes automated trades to take advantage of price discrepancies.

Moreover, if you are looking to transfer funds between two DEX, ensure that you stick to cryptocurrencies with high transaction speeds. Therefore, an arbitrageur would not be advised to transfer Bitcoin from one DEX to another, especially during times of high network congestion.

Cross-chain arbitrage isn’t a popular choice for some cryptocurrency users, especially those who aren’t into arbitrage. It simply operates from one DEX to another and capitalizes on the price of a particular crypto.

You simply capitalize on the price difference of the coin from the DEX, which is selling higher or lower. When the DEX is selling higher, you simply buy from the lower side and simply send it to the other DEX operating on a high price value.

If you’re dealing in Bitcoin, for example, you should simply use a blockchain network that wouldn’t waste hours sending the coin to the other exchange in order to capitalize on its market price changes of selling higher.

In case there is a delay in the blockchain when processing the coin to the destination you want it, then it is likely that the market can simply go against you.

In order to maximize profit and minimize loss, you should simply be time cautious and use fast-processing blockchain networks like BSC, and TRC-20 ERC-20, to avoid network delay due to congestion.

Arbitrage, in which a day trader exploits price variations across exchanges in order to make a profit, is the ideal one. What happens, however, when things don’t quite go according to plan, as is typically the case in arbitrage trading? Below we’ll consider some of the many disadvantages when it comes to arbitrage.

A lack of cryptocurrency regulations

In this instance, it’s more a matter of a lack of a global regulatory framework (or frameworks) governing the buying and selling of cryptocurrencies across borders. Regulatory gaps exist, and there is an obvious lack of unified international standards when it comes to arbitrage, to say nothing of crypto trading in general. As a result, arbitrage can be a minefield for a trader.

Depending on a variety of reasons, ranging from security concerns to something as pedestrian as maintenance, DEX can choose to disable their cryptocurrency wallets temporarily, either for the entire platform or individually. Most DEX will have a fixed page where you can find out whether the wallet you need is on- or offline. If offline, the page might also tell you when it should be back online, so it is always worth verifying before making any trades.

The second thing you should do is double-check that the DEX provides the tokens on the same blockchain. Sometimes cryptocurrencies will move from one blockchain, for example, when EOS moved from the Ethereum blockchain to its own Mainnet, creating a situation in which there are two different wallet address formats.

CEX obviously benefits from their withdrawal fees, which can chip away at a trader’s profits, especially when individual gains are very small, as in the case of arbitrage. It’s crucial to familiarize yourself with the deposit and withdrawal fees for both DEX on which you trade. Not doing so will often result in the loss of any potential profit, rendering the entire exercise pointless.

A complex scheme for newbies

Exchanges have a habit of regularly adjusting their trading fees, meaning that you might be enjoying low fees on your favorite pair one day while the next, you’re paying more for the privilege. For example, in 2019, Coinbase Pro hiked their fees by 200% for traders who they considered to have low volume. Maker and taker fees both increased significantly in the general overhaul, too, leading to frustration.

Before starting arbitrage, it is important to check that there is enough volume for you to execute the trade effectively on the respective DEX platforms. Cryptocurrencies can and are often delisted from exchanges due to low trading volume. With arbitrage, you can have a string of great trades, but one bad one can send things into a tailspin quite quickly. In addition, a coin can have volume, but you might not be able to sell it at your target price. The ask price, bid price, and depth can be more important than the last price. And then, there are transactions involving small amounts (known as “dust”), which are used to create the illusion of trading activity.

Problem with the approval process

If you’ve spent any amount of time in the crypto sphere, then you’ve likely come across traders who take to social media in order to complain that their deposits to DEX have been stuck, requiring manual approval, or their DEX has simply been blocked. There’s nothing worse than having your eye on a trade and not being able to make it due to some form of bottleneck or approval process on CEX. In fact, it can often take days of back-and-forth messaging between a trader and exchange, making arbitrage all but impossible until the problem has been solved. 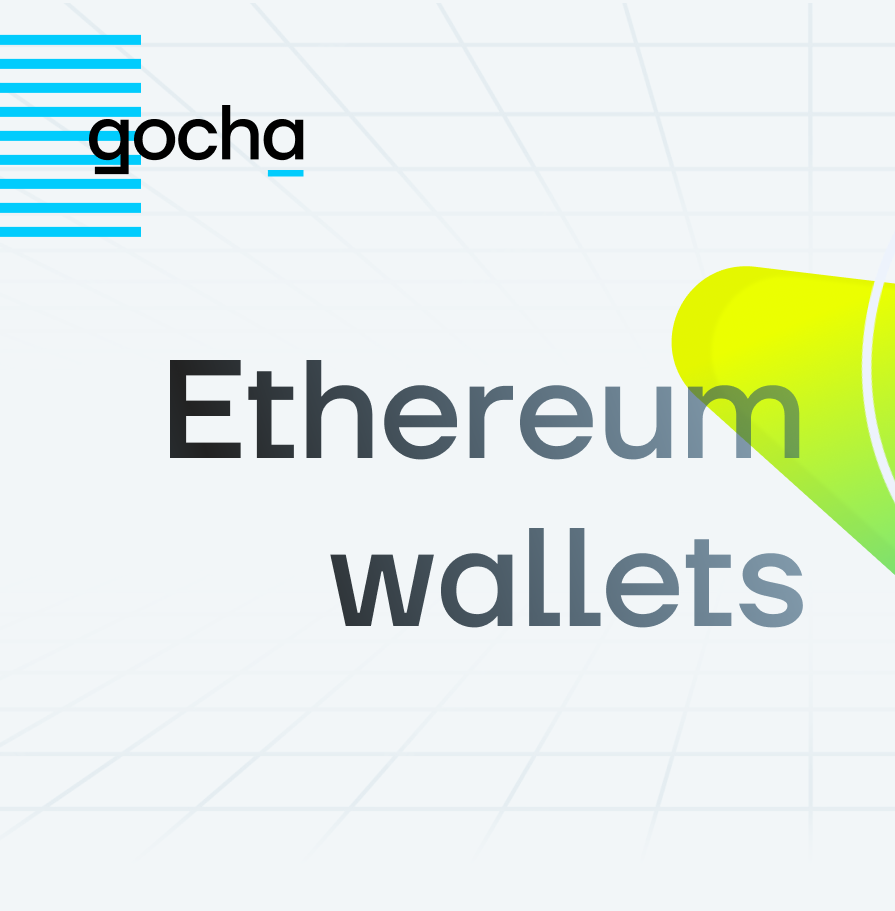 An Easy Guideline On How To Create 1,000 Wallets In The Ethereum Network

We'll use MetaMask to store our ETH in a non-custodial wallet. MetaMask is a crypto wallet that interact...
Dana Dzhamgaryan · August 29, 2022 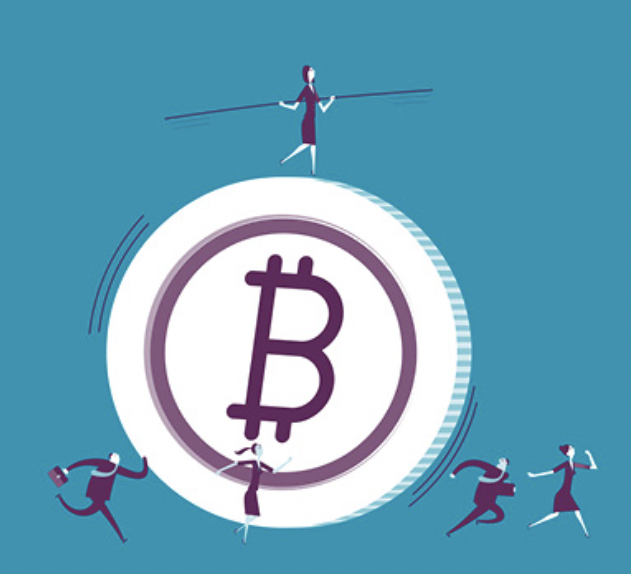 How To Attract More Traders With Trading Competition

Trading competition is a popular type of activity that would hold from time to time to win rewards and expand portfolios.  For a new platform, a trading c...
Dana Dzhamgaryan · October 17, 2022

Other articles by Dana Dzhamgaryan 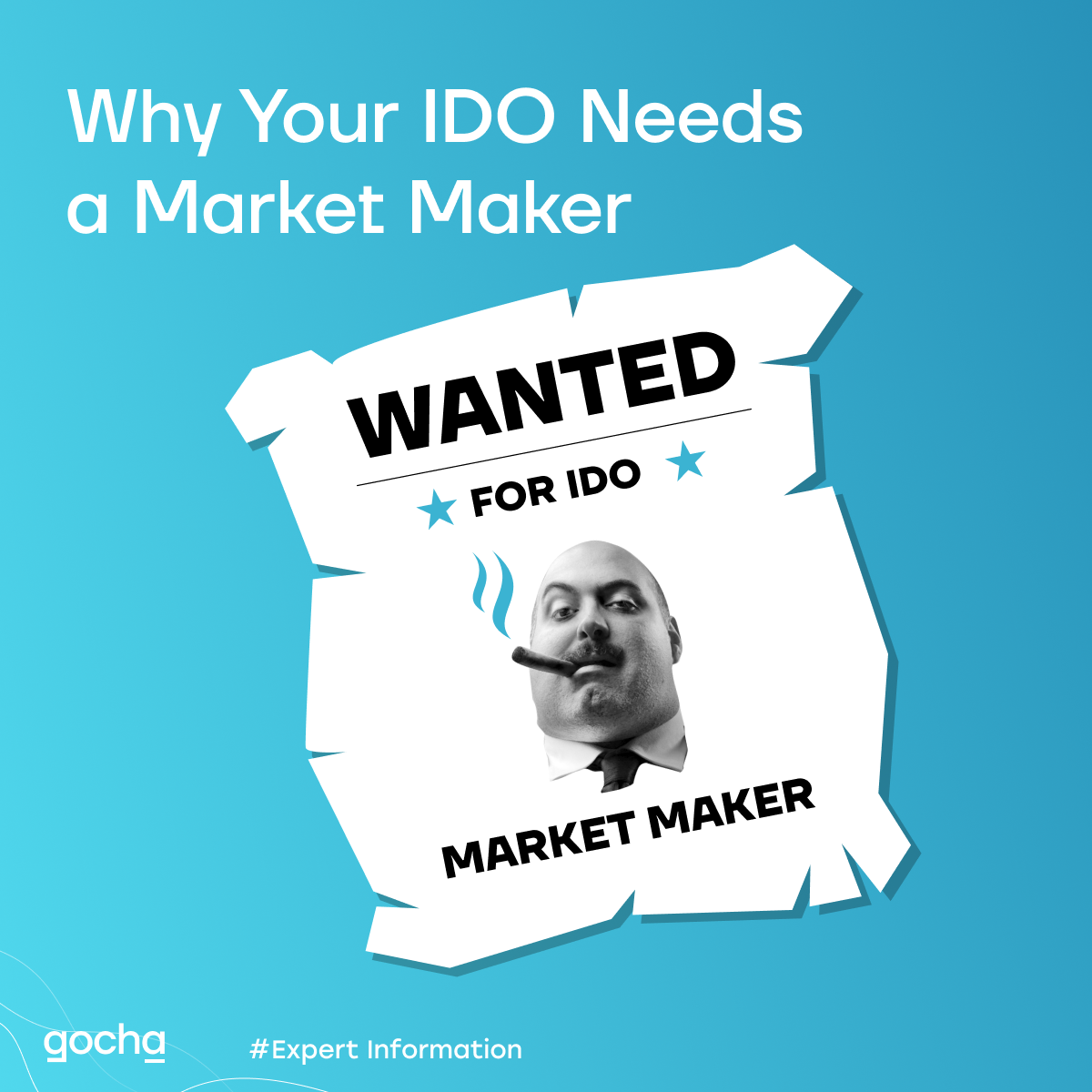 Why Your IDO Needs a Market Maker

Targeting for an IDO isn't just important to inspire interest or build hype, of course. You want to attract the sort of individuals who have faith in the p...
Dana Dzhamgaryan · November 14, 2022 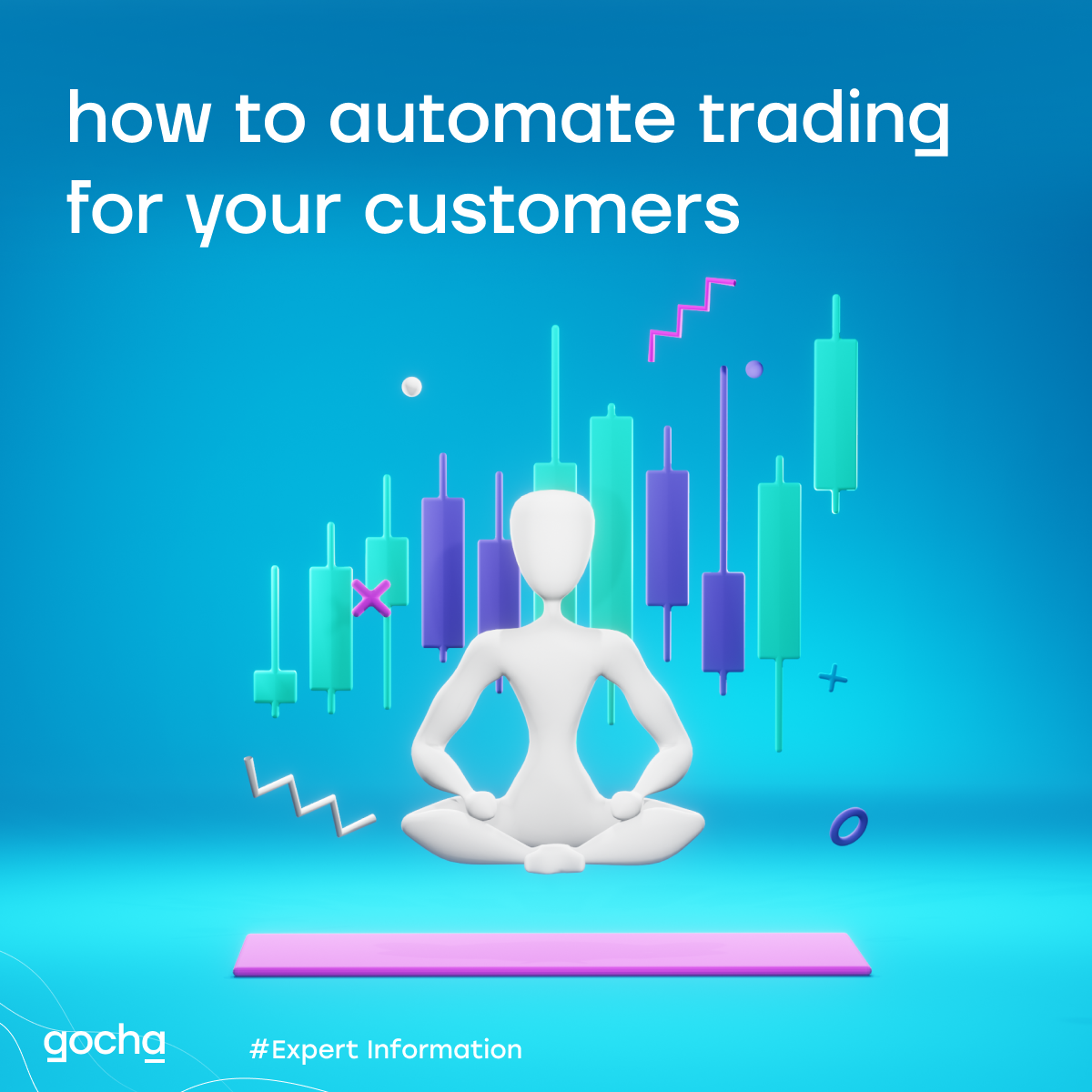 How To Automate Trading For Your Customers

Automated trade systems can help your customers to trade multiple markets or instruments at once without requiring your constant attention. This means that...
Dana Dzhamgaryan · November 4, 2022 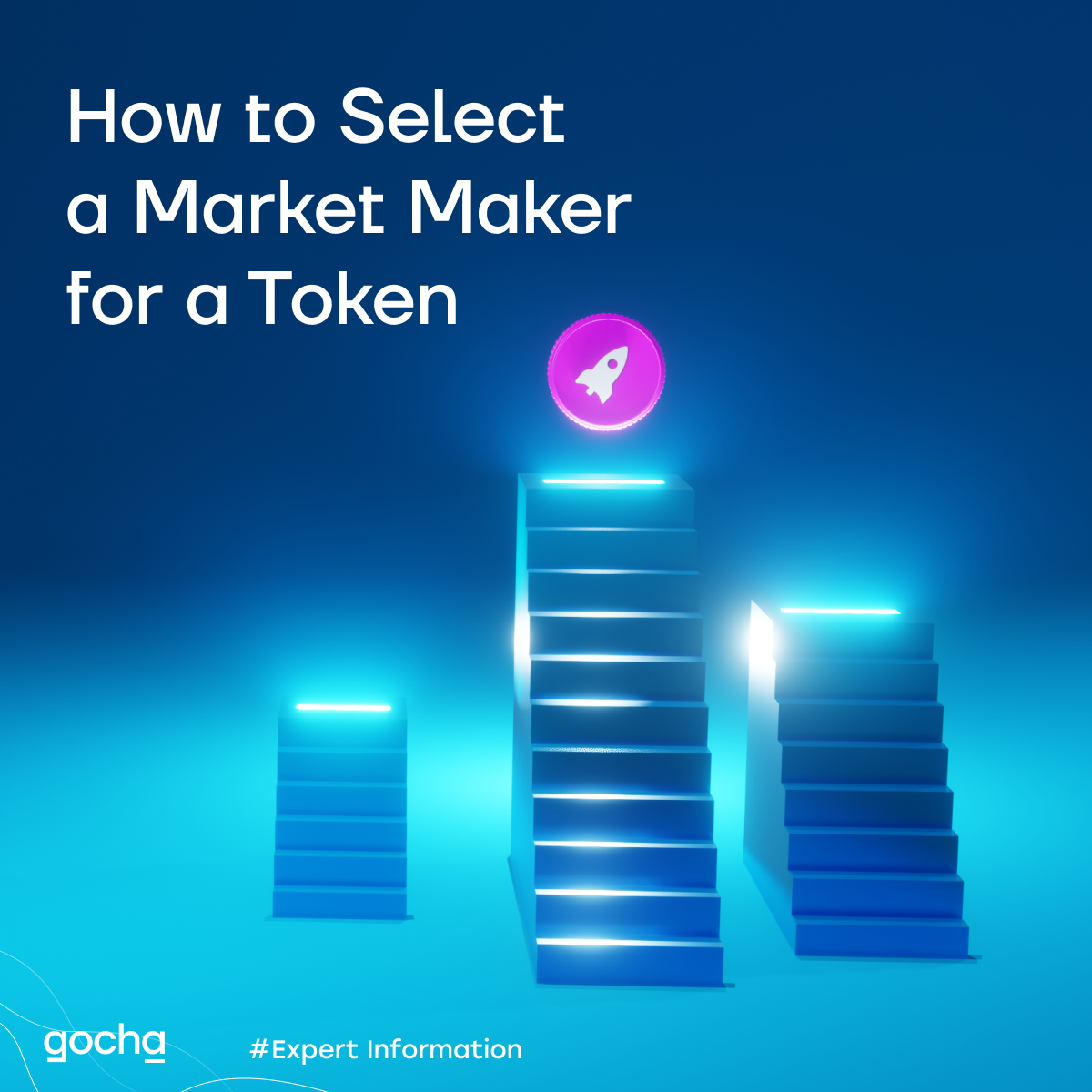 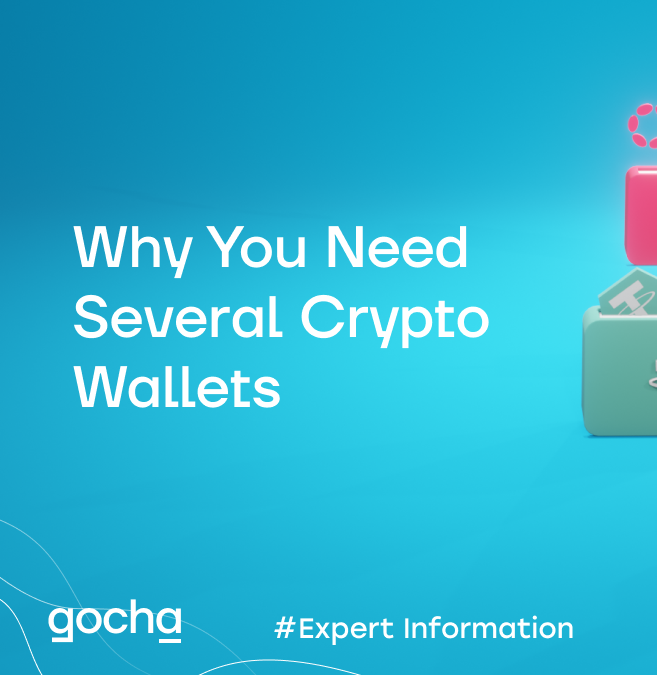 As for businesses, if you have considered starting to accept payments in currency, the first thing you need to figure out is how to manage multiple crypto ...
Dana Dzhamgaryan · October 24, 2022

Your message has been recieved.
We'll be contacting you shortly to follow-up.

Meet Us at the Future Blockchain Summit in Dubai 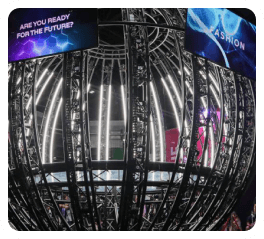 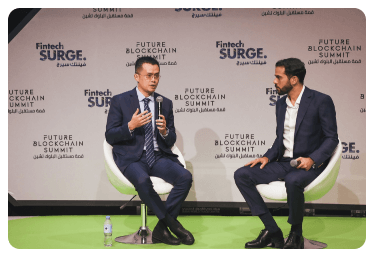 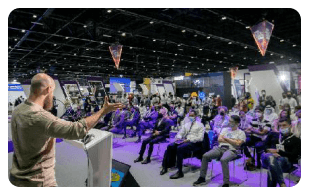